If you have a healthy obsession with social media like myself, eagerly searching Instagram for my next #AdventureInspo, chances are you’ve also seen the Figure Eight pools in Sydney’s Royal National Park trending on your newsfeed.  The Figure Eight pools are an example of Mother Nature working her magic; a cluster of unique, naturally formed rock pools situated on an ocean rock shelf south of Burning Palms Beach, which you’ll want to check out for yourself…But probably only once!

My friend Claire and I thought we’d planned everything perfectly for our day-trip down to the Figure Eight pools, we’d gained valuable insights from friends who’d visited before us and researched as much as possible online. But as you know, even the best-laid plans don’t always turn out the way we intend and we made a few mistakes of our own which we’d like to share with you so that you can learn from ours.  Here’s our friendly tips to help make your day out more enjoyable and safe, you can thank us later.

WHERE ARE THE FIGURE EIGHT POOLS?

The Figure Eight Pools are located in the Royal National Park, an hour drive south of Sydney’s CBD.  Soon after entering the park you’ll pass through Audley, this is the last stop for any food and beverages you may want to purchase, and clean bathroom facilities – from here your choice is either a portable toilet or the bush.  The turn-off to the Figure Eight Pools is Garie Road, located approximately 16km further down the road from Audley on the left.  Immediately on the right you’ll notice a dirt road called Garrawarra Farm Road, take this turn-off and drive along until you come to the public carpark and bush trails to Figure Eight Pools.

WHEN’S THE BEST TIME TO ACCESS THE FIGURE EIGHT POOLS?

All online research we undertook said the best time to access the Figure Eight Pools was at low tide and in calm surf conditions.  I cannot stress enough how important it is to strictly adhere to both these crucial points. Claire and I timed our arrival at low tide perfectly, but what we hadn’t realised was just how rough the surf conditions were. Given that the pools are on a rock shelf only a couple of metres above sea level, the minute there’s any swell it comes sweeping across the rocks taking everything with it in its path. The surf has no mercy and we witnessed people being knocked over by the crashing waves, and because it’s so slippery, there’s virtually nothing to grab onto!  Luckily the only casualties on the day were mobile phones.

Another point to take into consideration is the actual time it will take to walk from the carpark to the Figure Eight Pools.  We were under the impression that depending on how fast you walk, the hike downhill to Burning Palms Beach took about forty minutes, and from there it was a short walk to the headland where the Figure Eight Pools are located.  This is not entirely true, the forty minute bush walk downhill is about right, but from the beach to the rock pools is another forty minutes of climbing over and around loose, wet boulders.  So if you do the math, driving from the city to the Royal National Park in standard traffic is about an hour, then you have another hour and a half trek to get to the Figure Eight Pools, definitely not a turn-off, but just something to take into consideration, especially when factoring in the timing of tides and the sun!

Did I just say sun? Uh oh, I’m throwing a spanner in the works here and I apologise, but the fact is we’re all about posting pictures these days, if it’s not on social media it didn’t happen right?!  One of the magical things about the hike to the Figure Eight Pools is you’ll cover so many different terrains; from native bush, to grasslands, beautiful sandy beaches and rocky headlands, you’ll also be witness to many stunning and very high cliff faces, one in particular blocks the sun hitting the Figure Eight Pools after 2pm, more so in the cooler months when the sun is naturally at a lower angle.  My advice would be to make the trip on a day where low tide is around late mid-morning, and with there being no daylight savings again until September, you’ll want to make sure you’re starting your ascent home before dusk sets in.

WHAT DO YOU NEED TO TAKE TO THE FIGURE EIGHT POOLS?

You can really take whatever you want but packing substantial food and beverage supplies is essential.  In addition we recommend you don’t do the hike in sandals, wear suitable footwear as it can be really slippery.  Claire and I both saw tonnes of muddy bums on the way down, luckily we didn’t slip over but there were a few times I was holding onto branches for dear life. Walking through both the bush and the long grass you’ll also want long pants or tights to give your legs protection, especially from the biting ants which caused us both a lot of grief, and when you’re done dealing with those nasty nippers, make sure your ankles are protected with long socks otherwise you may become a victim of bloodsucking leaches attaching themselves to you, just ask Claire. Leaches love the wet, humid conditions and will attach themselves to anything with a heart-beat, so protect yourself and let it not be you.

Something we’d highly recommend you pack, but not absolutely essential, are some spare plastic bags. These come in handy for collecting your rubbish as there’s limited facilities to dispose of any waste, and they’re also a life-saver for placing your muddy shoes in at the end of the day. We both took our mobile phones, but reception is limited, so if you’re planning on taking any important calls, perhaps reschedule them for another day.

IF SHE’S AMAZING, SHE WON’T BE EASY

Bob Marley, the reggae singer-turned-philosopher was so right when he coined this phrase, and it rings true for the Figure Eight Pools, they’re a difficult walk but that’s ok because you now have everything you need to be well prepared for your day-trip.  A couple of other points to remember is both Burning Palms Beach and the Figure Eight Pools are unpatrolled areas, so always be careful jumping into waters out of your depth.  The name Figure Eight Pools, is also slightly misleading because there is actually only one pool in the shape of a figure-eight, however there’s many other surrounding rock pools of varying sizes and depths that you can swim in.  The area itself is quite spectacular and coming from two adventure-lovers, Claire and I both guarantee you’ll feel much richer for making the day-trip to the pools and getting lost in nature. 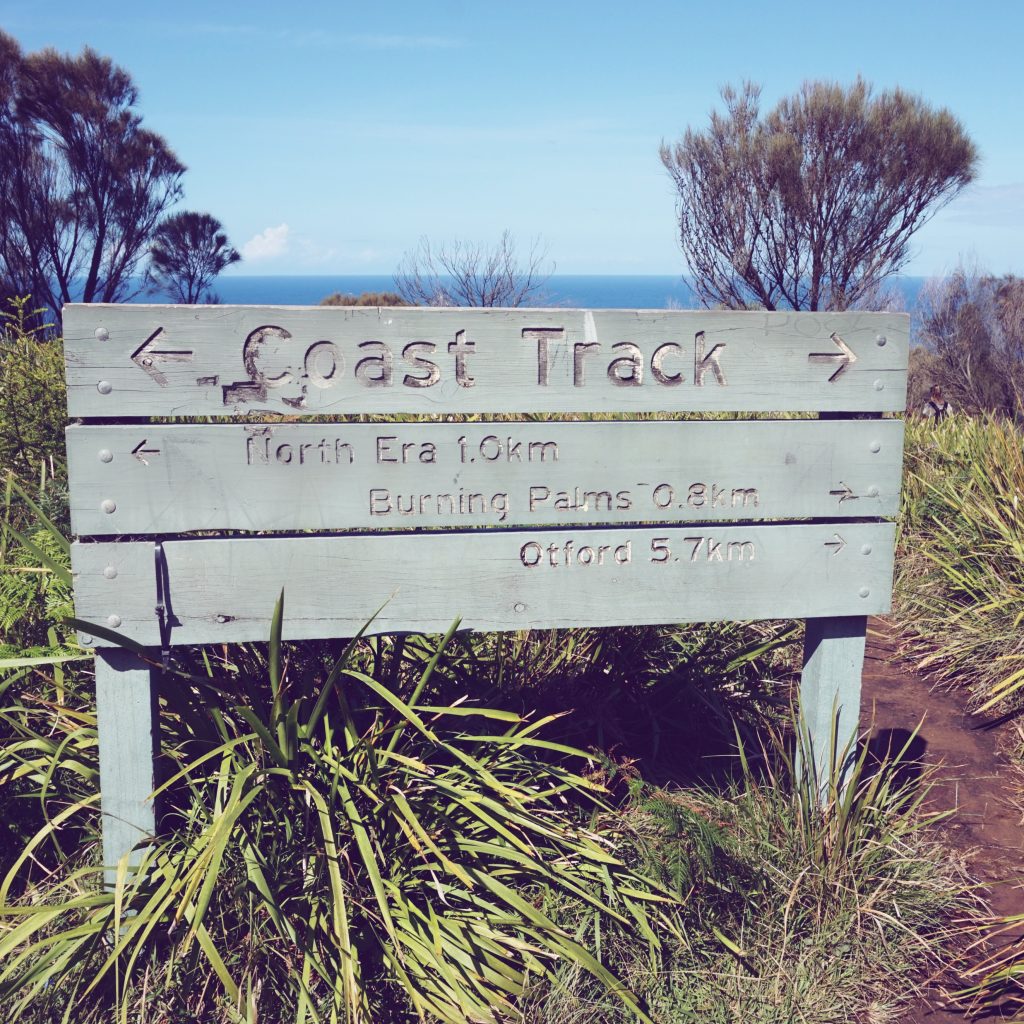 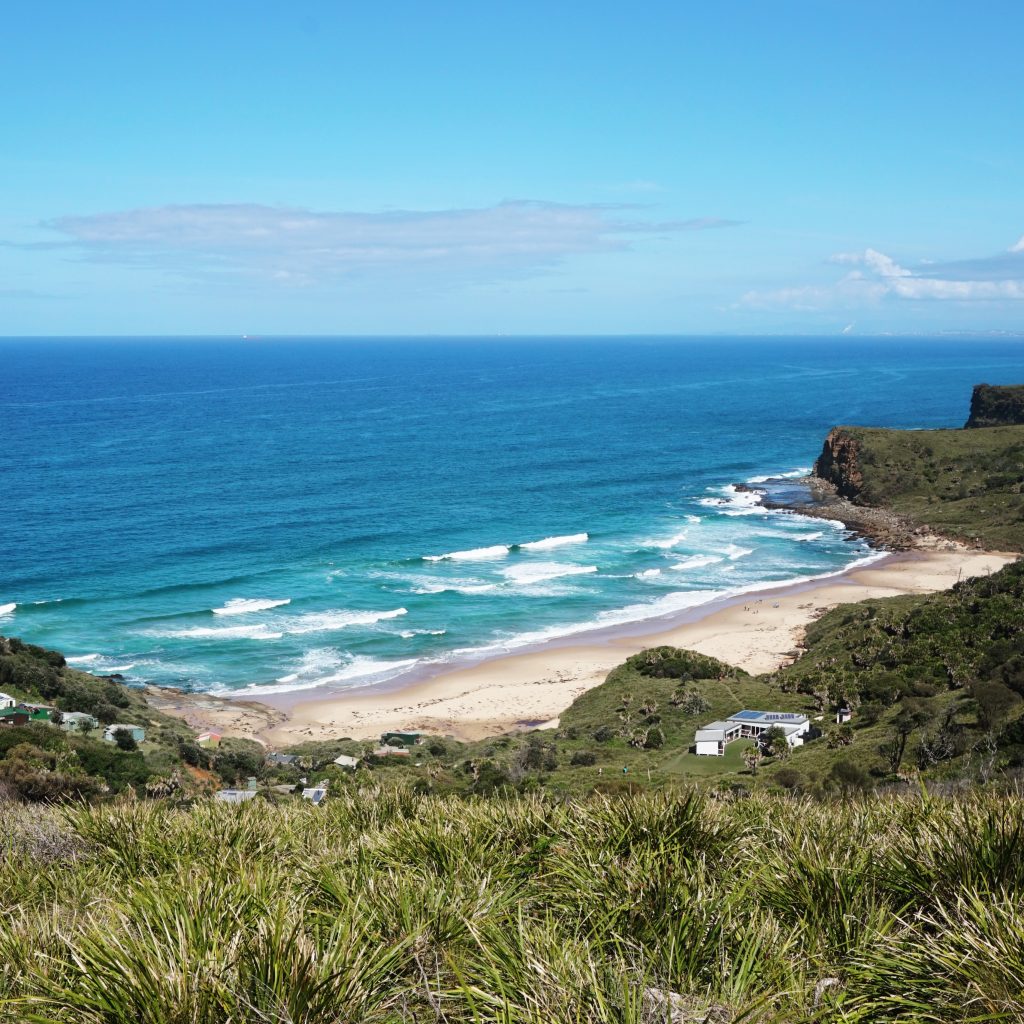 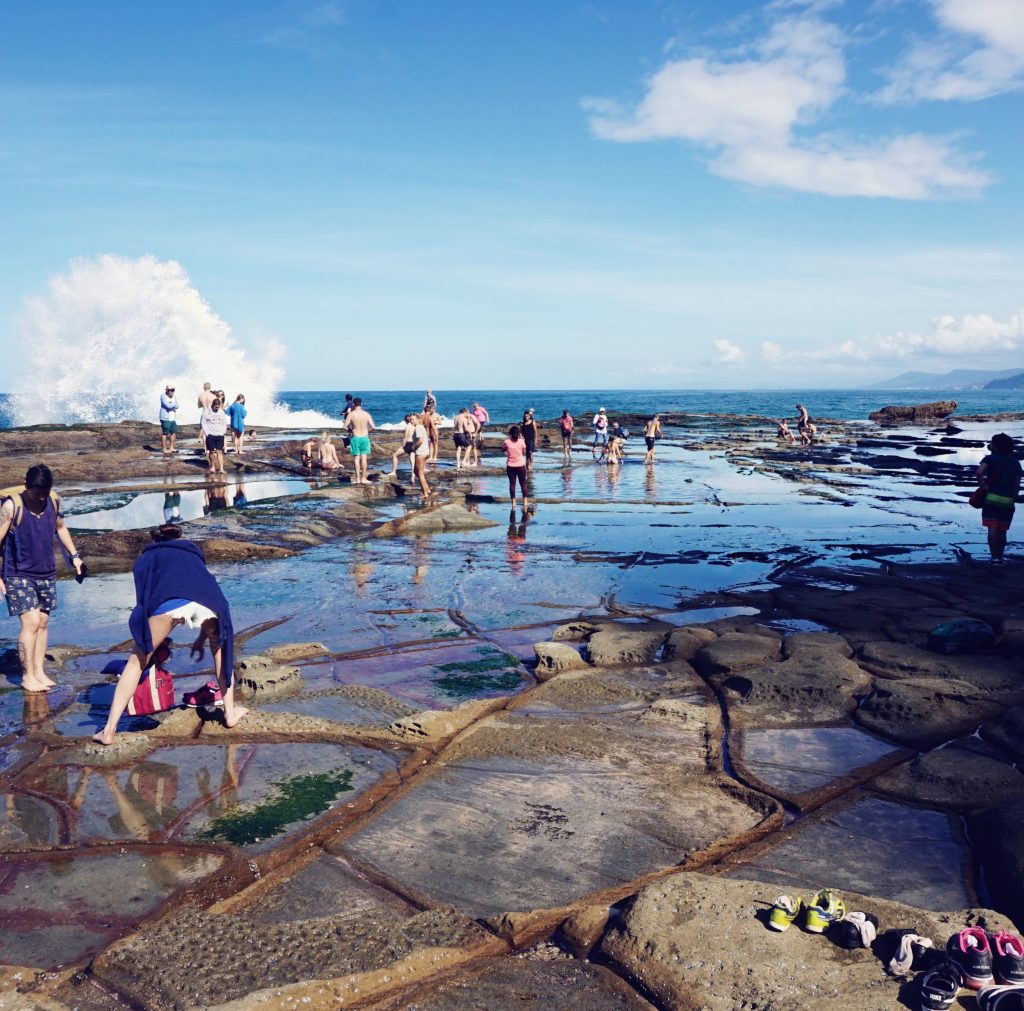 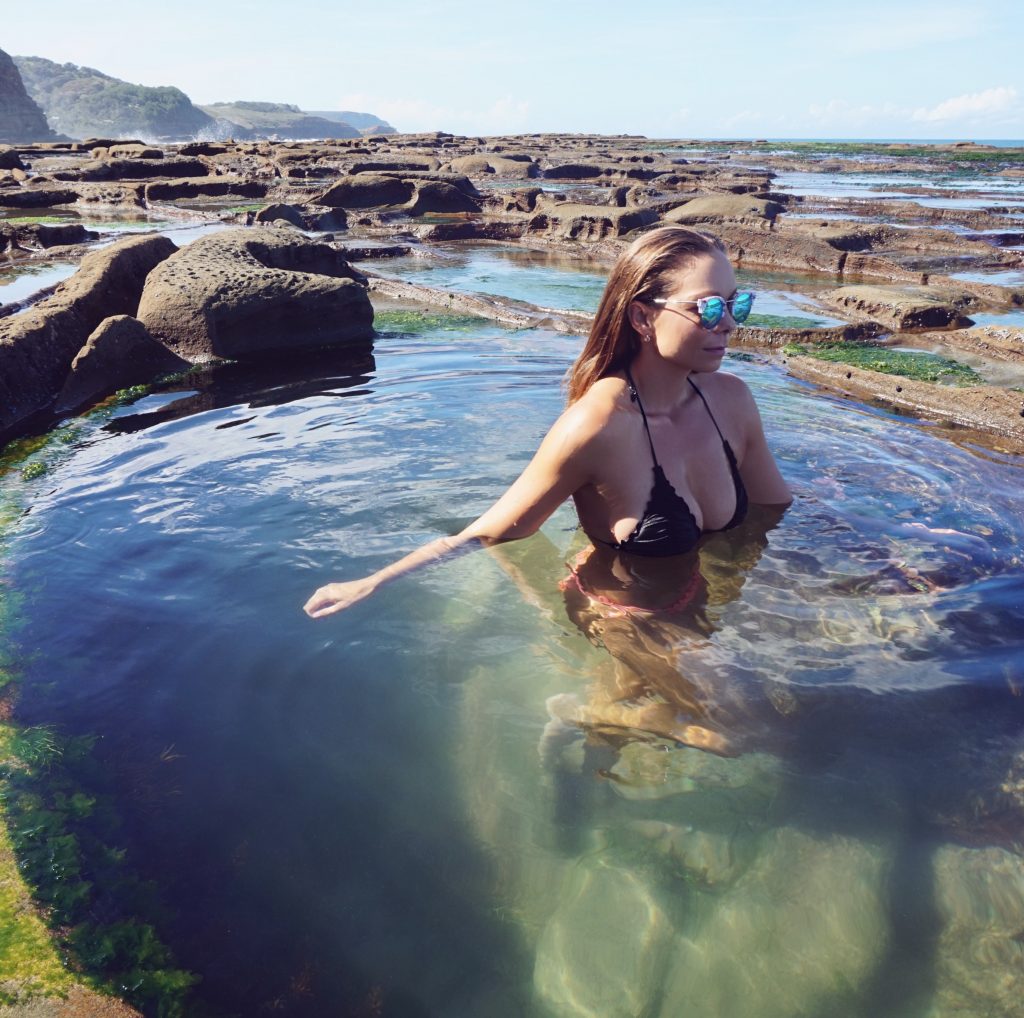 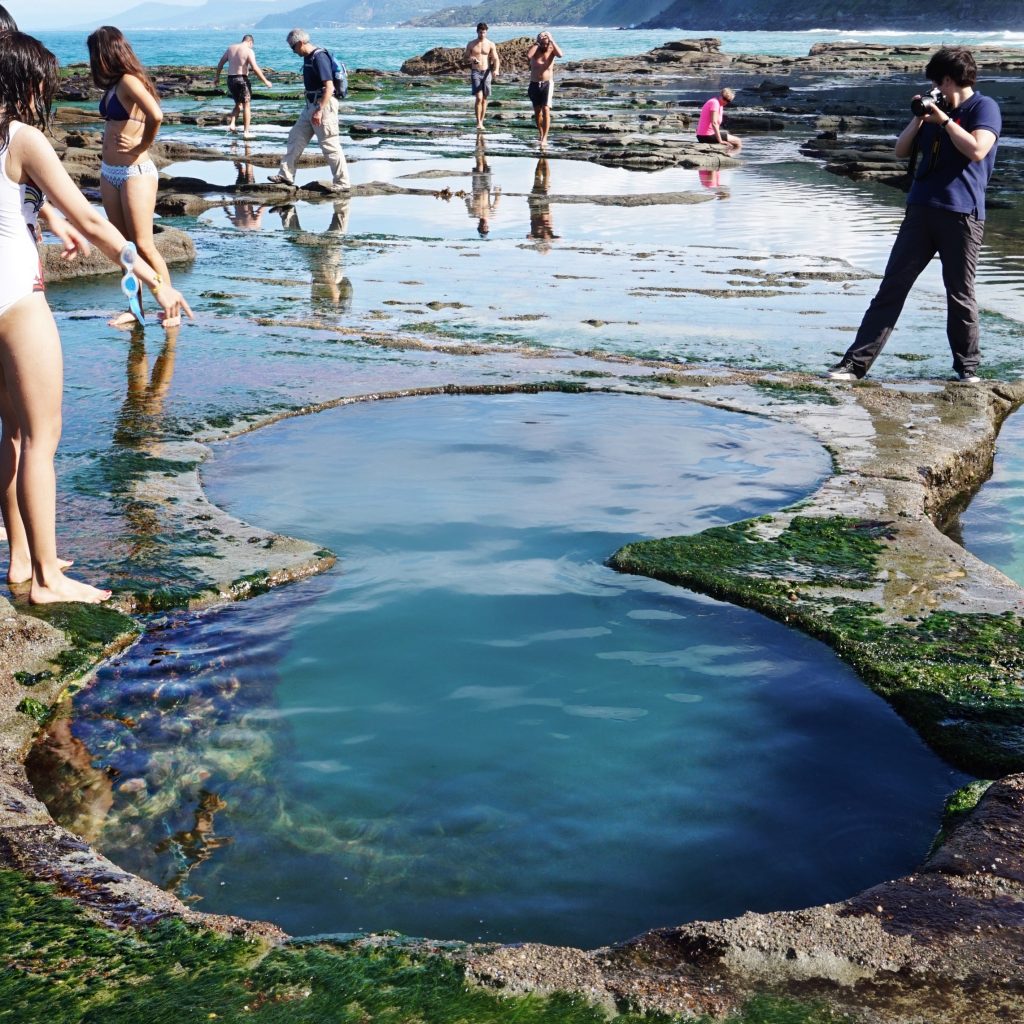 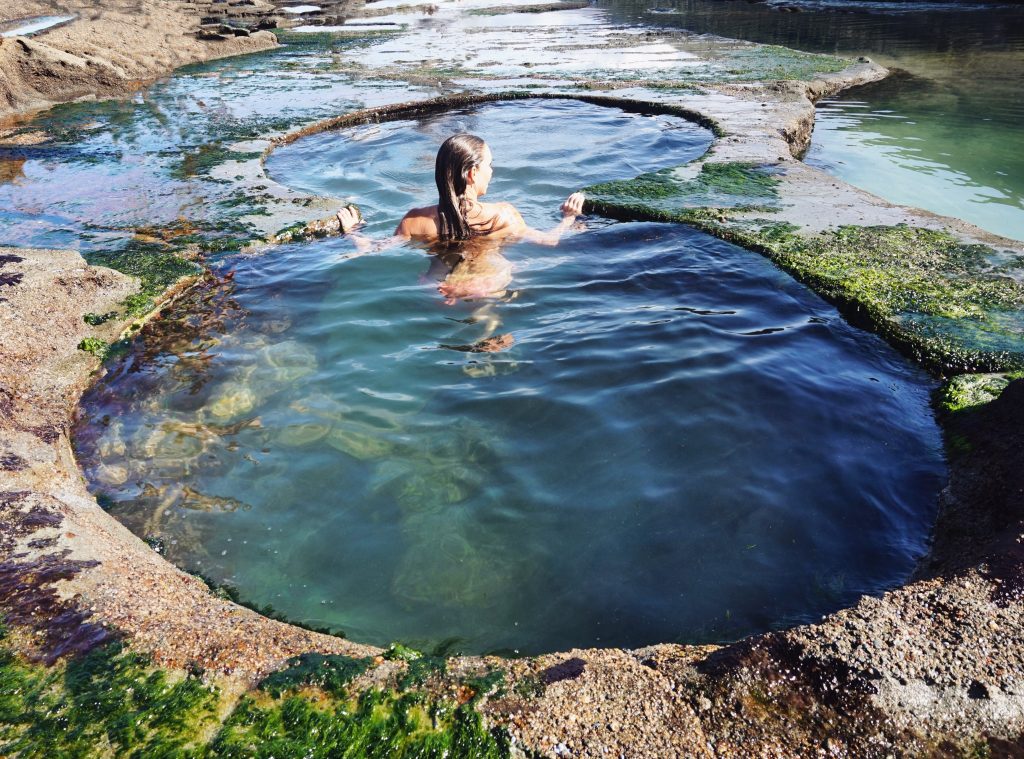 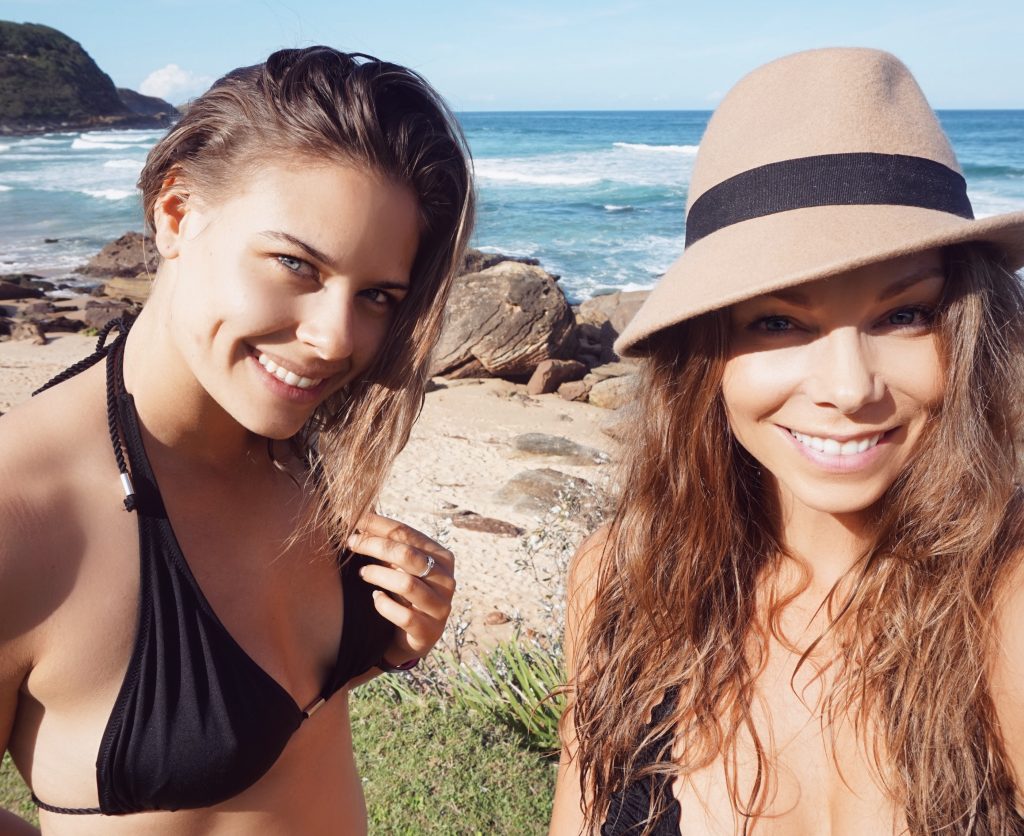 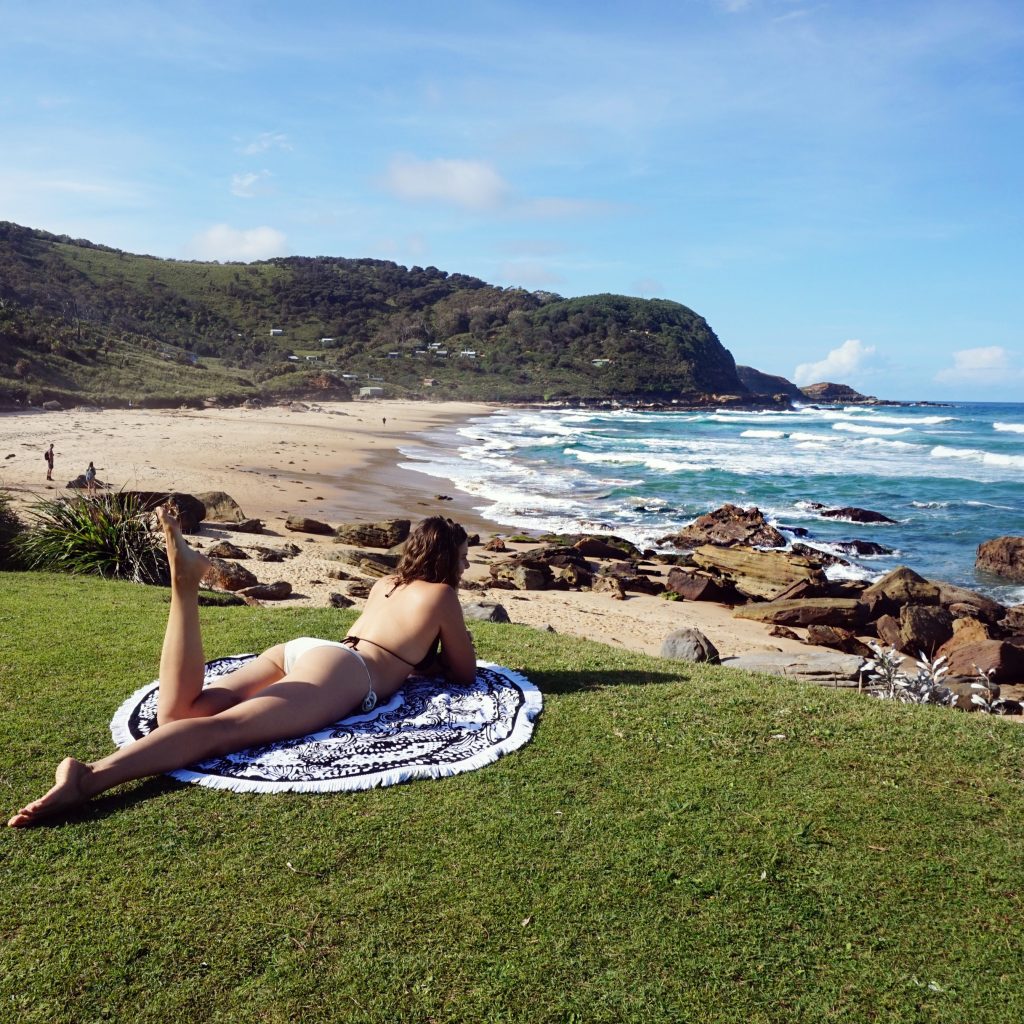 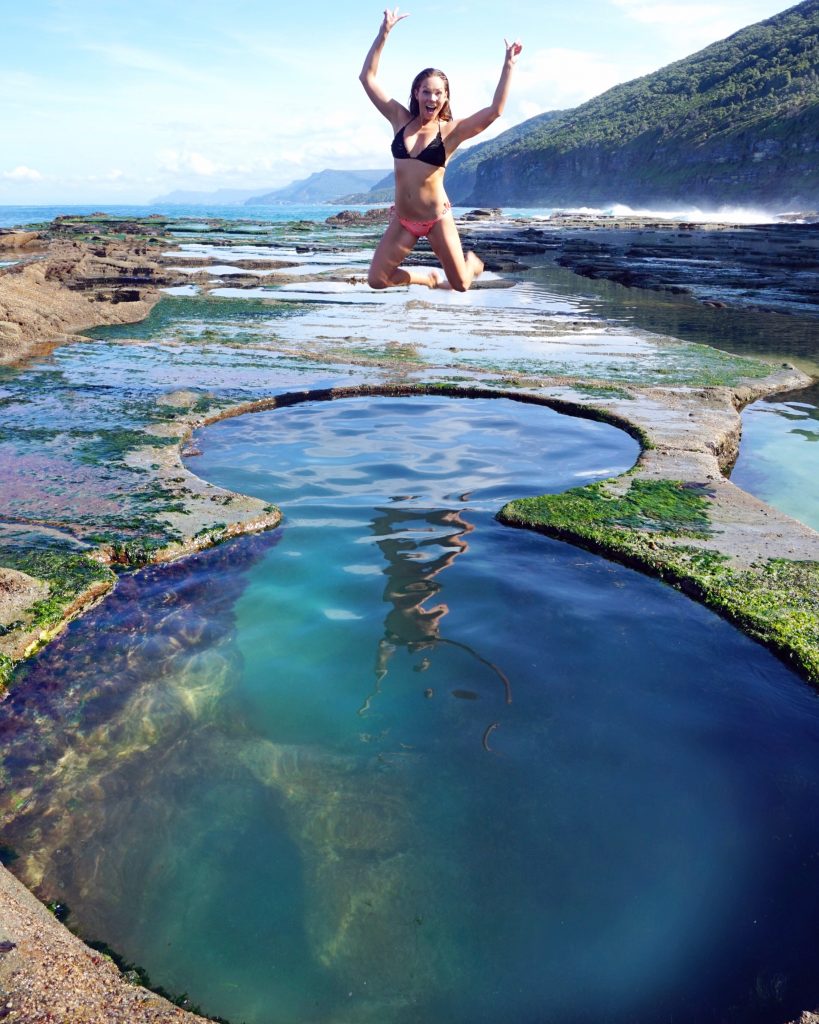 Last summer I had an epiphany as I was crossing the Sydney Harbour Bridge, I caught myself not even glancing in the direction of the Opera House, one of the great Australian icons. It was […]

Do the words ‘Wattamolla’ and ‘Winifred’ mean anything to you? Their correlation runs deeper than the fact they both begin with ‘W’, they’re also both waterfalls in the Sydney Royal National Park, which you can […]

In today’s digital world it’s hard to imagine that nestled away in the Gold Coast hinterland between Beechmont and Canungra, a shallow stream softly cascades into a natural heart-shaped pool peacefully swirling hues of aquamarine […]