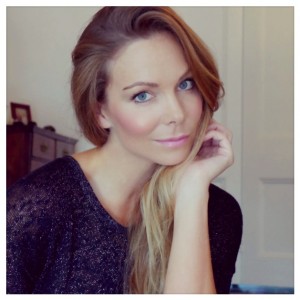 Josette O’Sullivan is the quintessential Kiwi girl, not only was a love of Rugby Union embedded in her DNA from birth, but so was the Kiwi love of sport and the great outdoors. She has combined these passions with a background in fashion and modelling to create Footballs + Stilettos – a blog about fitness, fashion and lifestyle, which Josette hopes women everywhere will enjoy reading.

Josette describes the blog as a little lighthearted humour, facts about sport and keeping fit, but also aims to pass on what she’s learnt from modelling and taking care of herself from the outside in, and who and what inspires her to be the best version of herself.

Josette loves sport and has played representative netball and competed in athletics from a young age, she also took up kite surfing last summer making the most of the fact she lives just metres from the beach.  A true footy junky at heart, she was part of the Wallabies official support crew for the 2011 Rugby World Cup and has also presented for the St George Illawarra Dragons.  Josette loves skateboarding, a passion she discovered after landing a presenting role for Fuel TV, Australia’s adrenaline sports channel, more recently she has worked as a Junior Reporter at Fox Sports News and is the current co-host of the Sydney Kings in the NBL competition.

Away from work Josette loves to indulge her musical bone by playing the drums and enjoys leading an active lifestyle training both in the gym and at the NSW Gymnastics Academy.  On weekends she enjoys catching up with her girlfriends and heading somewhere new, whether it be a local coastal walk or visiting a new beach, she believes it’s important to explore your own backyard just as much as it is the rest of the world and hopes to leave no stone unturned.